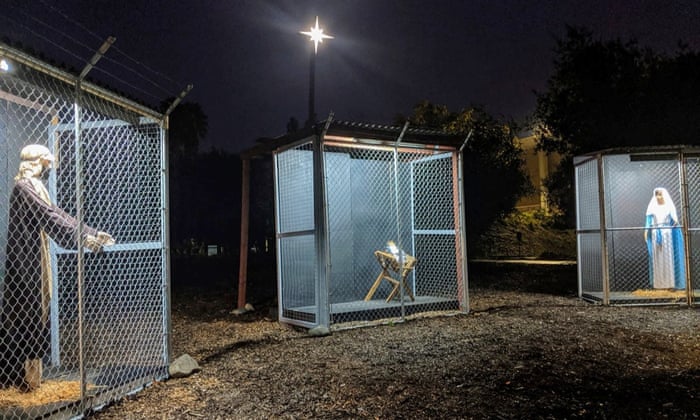 Perhaps a natural cataclysm, an international war, a totalitarian ruler, or aliens from outer space? It certainly must be something unforeseen and mad, right?

Now what do you think it would take to make millions of people give up those freedoms and human necessities VOLUNTARILY? This phobia is more common among men than it is among women. In general, nosophobes are afraid of contracting specific diseases – namely sexually transmitted infections (STIs), cancer, cardiovascular diseases, MS (multiple sclerosis).

Due to an onset of Nosophobia we are voluntarily giving up all of our human basic rights, letting governments pass new laws without discussions or votes (=undemocratic) and agreeing to it all. Because we could get a flu (light flu for most, bad flu for a few).

All ethics are eradicated, voluntarily surrendered.

Can you tell truth from fiction?

When mass hysteria sets in, the lines become blurred.

A study conducted by the University of Michigan proved that Swine Flu, also known as H1N1, did lead to mass hysteria. The experiment, conducted in May 2009, found that people perceived the H1N1 disease to be even more deadly than the Ebola outbreak in Africa, when the opposite was true.

The results of the experiment proved that when the perception of risk increases, the feelings and anxiety around our risk also increases, even if there is no actual increased risk involved.

We can see the same Swine Flu-esque hysteria beginning to happen in 2020 with COVID-19.

Mass hysteria isn’t only about your mind convincing you that you have symptoms of a non-existent disease or virus – it’s a collective state of mind that can convince entire populations of things that aren’t based in evidence or logic. (https://bigthink.com/mind-brain/mass-hysteria-coronavirus?rebelltitem=2#rebelltitem2)

Under these conditions, we can’t tell right from wrong anymore.

Do you know, in numbers, how many people each year die, what illnesses they die from and how many different strains of flu affect us globally? 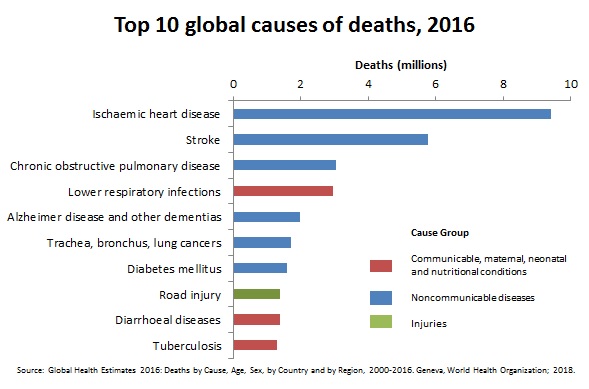 TB: In 2016, for example, the WHO stated that the least fatalities came from Tuberculosis. Did you know that TB is highly contagious? Did you know that it has mutated and our meds stopped working against it? Yet no hysteria, no closure of public spaces, no tabloid news.

May I repeat this? between 9 million – 45 million illnesses ANNUALLY.

Such numbers can be found around the world. As for elderly people and those with underlying health conditions: They have always been at risk and have always been more likely to have a low survival rate for flu.

Bloomberg reported on 18th March 2020 that “99% of Those Who Died From Virus Had Other Illness, Italy Says” (https://www.bloomberg.com/news/articles/2020-03-18/99-of-those-who-died-from-virus-had-other-illness-italy-says)

Furthermore, the “WHO estimates that seasonal influenza may result in 290 000-650 000 deaths each year due to respiratory diseases alone.” (https://www.who.int/influenza/surveillance_monitoring/bod/en/)

The comparatively low numbers we are presented in the media are plucked out of the above context and make us scared far more than they should and increase the Nosophobia and mass hysteria.

By the way, did you know that millions of people each year die from tobacco-related lung disease? Yes, there is no restriction on tobacco sales. Why is smoking not banned? Many smokers need to be hospitalized at a end-of-life stage.

Every single death is sad, tragic, unnecessary. There is no doubt about it. But this is not what this post is about, as you will have noticed. It is not to lament the sad fatalities, it is to question everything else that has been implemented alongside.

By the way, the New York Post had this interesting entry, along the same lines: https://nypost.com/2020/03/08/coronavirus-going-to-hit-its-peak-and-start-falling-sooner-than-you-think/

Are you still thinking independently or are you just reacting to the enemy that wasn’t there?

I want to encourage everyone to read statistics and hard data (not the tabloids), and think. What is really happening? By being complacent to the imposed sanctions on our lives by international governments we are paving the way to fascist rules, to a loss of all of our human rights which we have fought for over centuries.

This, my friends, it the real danger. This is what you are surrendering to.

“The conscious and intelligent manipulation of the organized habits and opinions of the masses is an important element in democratic society. Those who manipulate this unseen mechanism of society constitute an invisible government which is the true ruling power of our country. We are governed, our minds are molded, our tastes formed, our ideas suggested, largely by men we have never heard of…in almost every act of our daily lives, whether in the sphere of politics or business, in our social conduct or our ethical thinking, we are dominated by the relatively small number of persons…who understand the mental processes and social patterns of the masses. It is they who pull the wires which control the public mind, who harness old social forces and contrive new ways to bind and guide the world.” (Propaganda, Edward Bernays)

Bernays wrote many scary but interesting “textbooks” with instructions on how to manipulate masses. His work was praised and had great “success” when it was applied by Germany in WWII to mobilize an entire nation to commit atrocities. His work presents instructions of a most unethical caliber.

You can read the full article on this here at The Academy of Ideas (https://academyofideas.com/2017/07/edward-bernays-group-psychology-manipulating-the-masses/)

How about economic recession?

As millions of people are loosing their jobs literally overnight and businesses are closing, a recession worse than the Great Depression of the 1920s has already been forecast. The stock market looks desperate and inflation is imminent.

As Philipp Ruch from the Centre for Political Beauty in Berlin (Zentrum für Politische Schönheit) said in a recent interview: We are committing economic suicide for the sake of a flu. This has never been done before and it is more than alarming. (https://politicalbeauty.com)

Saving a few people from flu at the expense of the well-being and survival of millions is sheer madness he said. Ruch argued that once we leave self-isolation our money will have no buying power as there will be a shortage of goods to buy (due to halted labour) which can lead to default. The Telegraph reported: “Peer-to-peer investors in race to withdraw cash as default fears grow”

Yet still, a few reap the economic benefits.

Politico reported that in the USA for example, the drug industry is doing extremely well:

“The coronavirus package — which passed the House Wednesday and the Senate Thursday — includes about $3.1 billion to develop drugs and vaccines and expand manufacturing capacity. It would also cover purchases of medical supplies for state and local health departments to beef up the Strategic National Stockpile, the largest national repository of emergency treatments. Another $300 million would help the government buy vaccines and treatments once they are approved. Much of this money would directly benefit the drug industry.”

The lucrative war business is also thriving whilst we are fighting for a roll of the most prized household posession: Toilet paper.

Sadly, war is still in business as reason.com reports on U.S. airstrikes in Iraq:

“While viruses and elections have dominated the news, battles between U.S. and Iranian-backed forces in Iraq have been quietly escalating. The Pentagon says Kataib Hezbollah-linked facilities “across Iraq” were hit by U.S. airstrikes this morning, in retaliation for the Iran-linked group’s killing of two U.S. and one British military member. “The aerial bombardment took place around 1:30 a.m., according to the Iraqi military. It was unclear whether any militia members were killed,” reports The Washington Post.” (https://reason.com/2020/03/13/covid-19-a-national-problem-with-local-solutions/)

Apart from war, trade negotiations over Brexit are still happening.

“The European Commission has today (18.03.2020) published a draft legal agreement for the future EU-UK partnership. It translates into a legal text the negotiating directives approved by Member States in the General Affairs Council on 25 February 2020, in line with the Political Declaration agreed between the EU and the UK in October 2019.” (https://ec.europa.eu/commission/presscorner/detail/en/IP_20_447)

And meanwhile, Tyler Cowen, Professor of Economics at George Mason University and also Director of the Mercatus Center, is offering money prizes for Coronavirus-related  ideas (https://marginalrevolution.com/marginalrevolution/2020/03/1-million-plus-in-emergent-ventures-prizes-for-coronavirus-work.html)

Here are the newly established prizes on offer:

2. Best blog or social media tracking/analysis of the virus — 100k

6. Most important innovation or improvement for India — 100k

There is money to be made from the Virus for some, and great lossess to be sustained due to lock-downs, redundancies and cessation of freedom of movement/ travel for others.

What are possible solutions and future scenarios?

Scenario 1: Governments soon lessen the unethical restrictions and life slowly gets back to normal in terms of our freedoms, not in terms of economy. An immense recession will be one of the aftermaths but many livelihoods can still be saved.

Currently, “Prime Minister Giuseppe Conte’s government is evaluating whether to extend a nationwide lockdown beyond the beginning of April, daily La Stampa reported Wednesday. Italy has more than 31,500 confirmed cases of the illness.”

Update: Sciencemag reports that antibody tests are being carried out which can show how many mild Coronavirus cases have developed natural immunity and therefore be released back into the wild, so to speak. This would perhaps be the most non-invasive, sane and ethical approach to the situation and involuntary victims (healthy ones in this case).

“Widespread antibody testing could also provide key data for efforts to model the course of the pandemic. Current predictions vary so widely, causing some scientists to question the need for severe containment methods such as lockdowns and social distancing. By indicating how much of the population is already immune because of mild infections, antibody data could offer a key to how fast the virus will continue to spread.” (https://www.sciencemag.org/news/2020/03/new-blood-tests-antibodies-could-show-true-scale-coronavirus-pandemic)

We will be forced to self-isolate for many months and then, with the promise of freedom, forced to be vaccinated, with unclear ingredients, no available long-term tests and possibly a combination of vaccine and ID chip (Futurama’s career chip). Economic recession will still prevail and many will have no work, no food and a housing crisis as a result.

Vaccine producers in particular, are looking to strengthen their position at the moment by working together on the ID2020 project. (https://id2020.org/digital-identity)

This particular project looks at the following:

“The ID2020 Alliance has launched a new digital identity program at its annual summit in New York, in collaboration with the Government of Bangladesh, vaccine alliance Gavi, and new partners in government, academia, and humanitarian relief.

The program to leverage immunization as an opportunity to establish digital identity was unveiled by ID2020 in partnership with the Bangladesh Government’s Access to Information (a2i) Program, the Directorate General of Health Services, and Gavi, according to the announcement. ” (https://www.biometricupdate.com/201909/id2020-and-partners-launch-program-to-provide-digital-id-with-vaccines)

A majority of people get the virus (mostly a light version) and develop herd immunity as this happens with all other flu strains. Life will get back to normal, apart from economic recession and hundreds of thousands of people with no jobs. (This might tie in with scenario 1),

As The Telegraph reported The UK’s Chief Scientific Adviser says two thirds of Britain’s population would need to get coronavirus to stave off the disease in future. (https://www.telegraph.co.uk/news/2020/03/15/what-herd-immunity-mean-will-stop-coronavirus-uk/) This is what usually happens with all the other numerous flu strains which traverse the globe each year.

So as all the scared people are waiting for a resolution of the fearmongering, fascist lock-down, loss of freedom, loss of jobs, loss of movement, education etc. the pharmaceutical industry and governments will offer a solution. This one, or perhaps another one but certainly none that can undo the harm that has already been done.