Creating art and collecting art can produce a synergy between two individuals who value each other’s participation.  Vogue published a useful guide called 6 Tips For Becoming An Art Collector and suggest that a collector should support emerging artists, not worry about the yield and approach artists directly, avoiding the intermediary gallery.

But this synergy and mutual appreciation is rare. Recently, I had a discussion with colleagues and students: Can you be a successful artist in your lifetime? We debated and concluded that most artists became successful after their (often sad) death, and collectors then made the big money from trading the work.

There is only a small handful of painters who became wealthy during their lifetime. Perhaps Rembrandt was one painter who did rather well but then ended up blowing it all and ended his life in poverty. More recent artists like Picasso, Jeff Koons and Damien Hurst were able to rise to wealth and fame by marketing themselves rather well. However, these are rare examples and it remains true, that hundreds of most talented and renowned artists had (and have) to struggle through a poor life and often died as a result of it. Artists such as Vrubel traded masterpieces for a humble dinner and others sold everything they owned just to buy paints. The appreciation and synergy is rather utilitarian in the latter case.

And then there is me, the artist and designer who this month celebrated the departure of two very special paintings which moved to a collector’s home in Germany. This doesn’t mean I am suddenly wealthy, but it does mean that I am acknowledged as an artist while I am alive. A great honour indeed.

Below I would like to introduce to you the two works of art.

This provocative and humorous painting is a live nude of a person from my past. It features a former lover, a PhD graduate from Cambridge, lying on soft bedding, engulfed in the intellectual pastime of reading a book. There are remnants of take-away food near him and if it wasn’t for them, you would not be able to tell which century this person lives in. He is quite eternal. Behind him is a mirror which shows his (true) reflection, his emotional intelligence, his self-admiration and the most important part of his personality which everyone but he can see: He is an a**. It’s a cheeky take on this man, perhaps on many men of this sort. Anecdotally, he never understood the meaning of this painting and was convinced it was a portrayal of his beauty. The collector understood this message in an instant, connected it to her own experiences and fell in love with the man on the canvas.

It’s a massive painting on a massive canvas of 150 x 130 cm and I turned it into an interactive piece before pick up: I added a fig leaf that covers the man’s private parts. If someone is keen, they can come closer and remove it to peak behind it. For more conservative guests in the collector’s home, the leaf takes the moral strain off their eyes. So you can play with your artwork in your own home!

This is a small expressionist painting. It is unusual due to the technique used: It was painted mostly without brushes, but by squeezing thick oil paints directly onto the canvas. As you step closer to it, you can appreciate the 3-D effect, which changes with the strength of lighting. There are many emotions that went into this and it was not pained to please an audience at all. Yet I know that the collector will appreciate its emotions and the nude man, too. She will treasure and enjoy, share and discuss what it means to her. When a painting moves to a new owner it inadvertently receives a new interpretation, a new meaning and voice.

So, let me ask again: am I on the way to becoming a successful artist in my lifetime? Many years ago, when someone asked me about my art and commercial success, I made the following statement:

“True art is provocative, it works against the system and critiques society. Naturally, true art cannot be commercialized during its time period. I want to create true art for art’s sake and cannot put commercial interest in the forefront.”

When a collector chooses my art, I am certain that they can read and appreciate my artistic language. They can translate it and create a very own meaning which makes the art valuable for them. Of course, many collectors also acquire art as an investment and want to see it go up in value (perhaps during our lifetime). My art marketing approach is not to market myself too much.

I am grateful for my art collectors who encourage me to keep on with the creative making art, textiles and fashion. More art pieces are available on Saatchi Art:  Saatchi and fashion & textile designs on Etsy although all creations they have a very different impact when seen live and in full size. 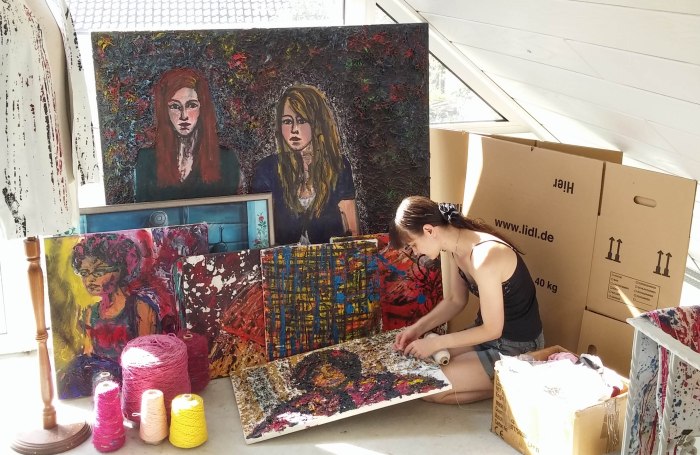 4 thoughts on “Creating and selling art: Successful in your lifetime?” 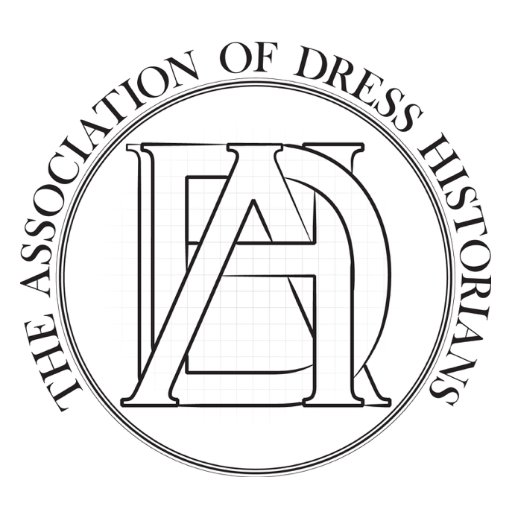