Some of you have been asking me to post a new article and I have listened. Here is a thought-provoking, tongue-and-cheek take on paradox thinking and cultural conundrums. I really loved putting it together and I hope you will have as much fun reading it as I had writing it. Enjoy! xx

Rococo, Jeff Koons, Germany and Gucci –  they are all connected to Kitsch and perhaps can help us uncover whether Kitsch is beautiful or ugly, a cultural asset or just bad taste. Its origin is likely German and it is said to be a type of phoney art, expressing fake yet sentimental emotions. It’s a constant element in life and a term that one should look at critically, if only to better understand it or properly recognize it in our culture.

No matter what you think of it now, you know Kitsch. You have seen it in Disney Movies of the last decades (sorry Disney fans), it has permeated pop culture and it is part of early childhood in many countries. Yes, when Barbie and her Friends drive their pink cabriolet to the rosé villa, where an army of sparkling horses are waiting to have their manes stroked with tiny pink brushes – that’s when rainbow soap bubbles and unicorn unite deep in our brains and form a lasting impression on the subconscious.

Or perhaps some of you will remember the ultimate perfection of domestic crochet-decoration from your grandma’s place? Yes, I am referring to the Barbie-doll toilet roll holder. 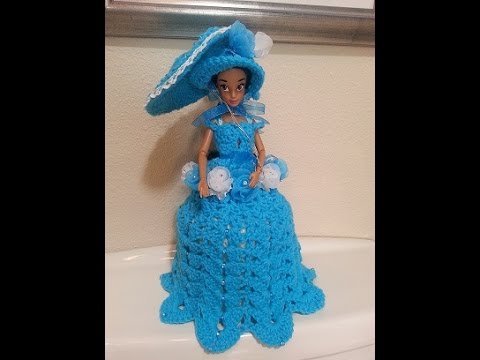 In Germany, where the term Kitsch is said to originate from, you find them in plenty of people’s gardens – the Garden Gnome – mischievously staring at you (you can never be too sure if he is secretly evil), charming passers-by who exclaim: “Look how cute!” (Or “look how spooky!” if it’s me)

Image 1b: The garden gnome

Then there are those homes you visit where a minimum of two white swans are drifting on a sea of white crochet tablecloths into an eternal life of Kitsch. There might be porcelain figurines, vases, paintings of perfect pantonesque landscapes or gilded mirrors and candelabras. It might be he collection of crystal vases or display cabinets of royal paraphernalia. Which ever incarnation it might be, you have seen it before. Remember now?

Lets step backwards through time and find some explanations:

Prior to that, in 1958, the German newspaper “Die Zeit” quoted Heinrich Gonski:

Lets step back a few more decades and look at the American historian and art critic Clement Greenberg who wrote an essay in 1939 and argued that there are only two options left for artists: You either belong to the Avant-Garde and fight against the traditional habits figurative painting – or you produce Kitsch.

And yet earlier, in the 1920s, F. Avenarius described as the term used by art dealers, describing art which meets the tastes of the masses and is cheap and thus easy to sell. Kitsch is also often associated with petty Bourgeoisie, known for bad taste, conventional attitudes and materialistic values.

In terms of art, there are plenty of artists who have contributed to the latter art form and even achieved great fame in both the 20th and 21st Centuries. Jeff Koons comes to mind as the father of artsy Kitsch or kitschy art because of the way he chooses his material, the protagonists as well as size and scope of his creations. His Kitsch is out of proportion and of gargantuan impact when it comes to the oversized fun fair balloon dog and it is more than sentimental and erotic in the photo stills of his former wife (later turned politician), the famous Italian adult-movie star Cicciolina.

Koons is also responsible for an eternal tribute to Michael Jackson and his monkey which he interpreted in a modern take on a classic German Meissen figurine. Meissen became famous for the porcelain figures in the 18th and 19th Centuries which in itself is a documentation of the height of Kitsch: Rococo. Is this perhaps the origin of it all?

Rococo is an exuberantly decorative 18th-century European style of art and architecture which was very theatrical, highly ornamental, mixing religion, opulence and gave way to an entire European industry of porcelain figurines and objects.

What’s particularily interesting, is that Alessandro Michele loves Rococo in his private life. Vogue has documented a gilden branch/ shelf on his wall which houses an omnium gatherum of antiques, such as the famous pugs of Meissen or painted Vienna birds as well as taxidermy and dried flower bouquets which are often found in alpine country houses. If you look at his Instagram photos, you might notice the little pink piglets, porcelain, religion and art.

And thus we ask: Is this the reflection of Michele’s rich world of emotions ? Or is it a simulation of feelings which are not really there – which is the interpretation of Theodor Adorno?